On 16th of September, 2022 Karolis Dambrauskas will defend his doctoral dissertation entitled ‘Mapping
Ethnicity-Property Nexus: Framing and Negotiating Ethnicity in the Process of Land Restitution in South-
Eastern Lithuania‘.

The dissertation will be defended at the Council of Sociology Science of Vytautas Magnus University,
Lithuanian Centre for Social Sciences and Kaunas University of Technology:

The official defense of the dissertation will be held at the meeting of the Council of Sociology at 3 p. m. on 16
September 2022 in the Conference Hall of Lithuanian Centre for Social Sciences.
Address: A. Goštauto str. 9, Vilnius, Lithuania.

The research asked how the relationship between ethnicity and changing property regimes (from collective
to private ownership) was structured in independent Lithuania by focusing on the case of the land restitution
process in the state’s ethnically diverse south-eastern region.
The main findings of this thesis are the following. Restitution was planned as a colour-blind process, in which
every citizen was to receive justice in the form of having his or his family’s land, previously collectivized
during the soviet period, restored to him. Despite ostensibly equal treatment, minorities lacked the equal
resources necessary to participate in the restitution process. Equal treatment of unequal groups hampered
minority members’ efforts to get back their land. Moreover, analysis of the practical implementation of
restitution demonstrated instances, albeit not systemic, of discrimination which members of the minority
groups felt during the restitution process.
In peoples’ accounts of the progress of the restitution process in SEL, these changes correspond to the
multifarious shapes of ethnicity (ethnicity overlapping with such categories as localness and as kinship).
However, the process of restitution was not seen by those who were seeking to have their land returned as
primarily ethnically driven, though there were exceptions. Although the research found that ethnicity had an
effect on the restitution process on a macro level, yet it also demonstrated that on a micro/personal level this
effect may not be recognized.
The thesis demonstrated that, as a result of the limited usage of ethnicity as a cognitive category to interpret
and frame the restitution process, land restitution had a limited impact on reifying ethnic group boundaries in
the region, as far as the participants of this research were concerned. 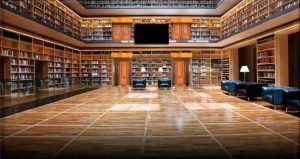 Webpage of the Lithuanian Centre for Social Sciences

Department of Demographic and Family Research

Department of Regional and Urban Studies 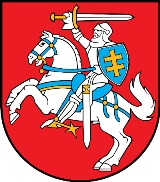 Institute of Sociology at the Lithuanian Centre for Social Sciences

You can find out more about which cookies we are using or switch them off in settings.

You may accept or refuse certain cookies at any time by changing your browser settings.

If you do not want cookies to be saved on your computer or another device, you can request notification before saving new cookies by configuring your browser settings. You can also configure settings to reject all or some of the cookies immediately. You may also delete any cookies that have already been saved on your computer or another device. Please note that in such a case you will have to configure settings for each browser and device used.

Each browser uses a different method of applying settings. If necessary, please refer to the browser’s manual for the proper selection of the settings.

pll _language - cookie is used to remember the language selected by the user when returning to the website, and also to get the language information when not available in another way.

If you disable this cookie, we will not be able to save your preferences. This means that every time you visit this website you will need to enable or disable cookies again.

Please enable Strictly Necessary Cookies first so that we can save your preferences!